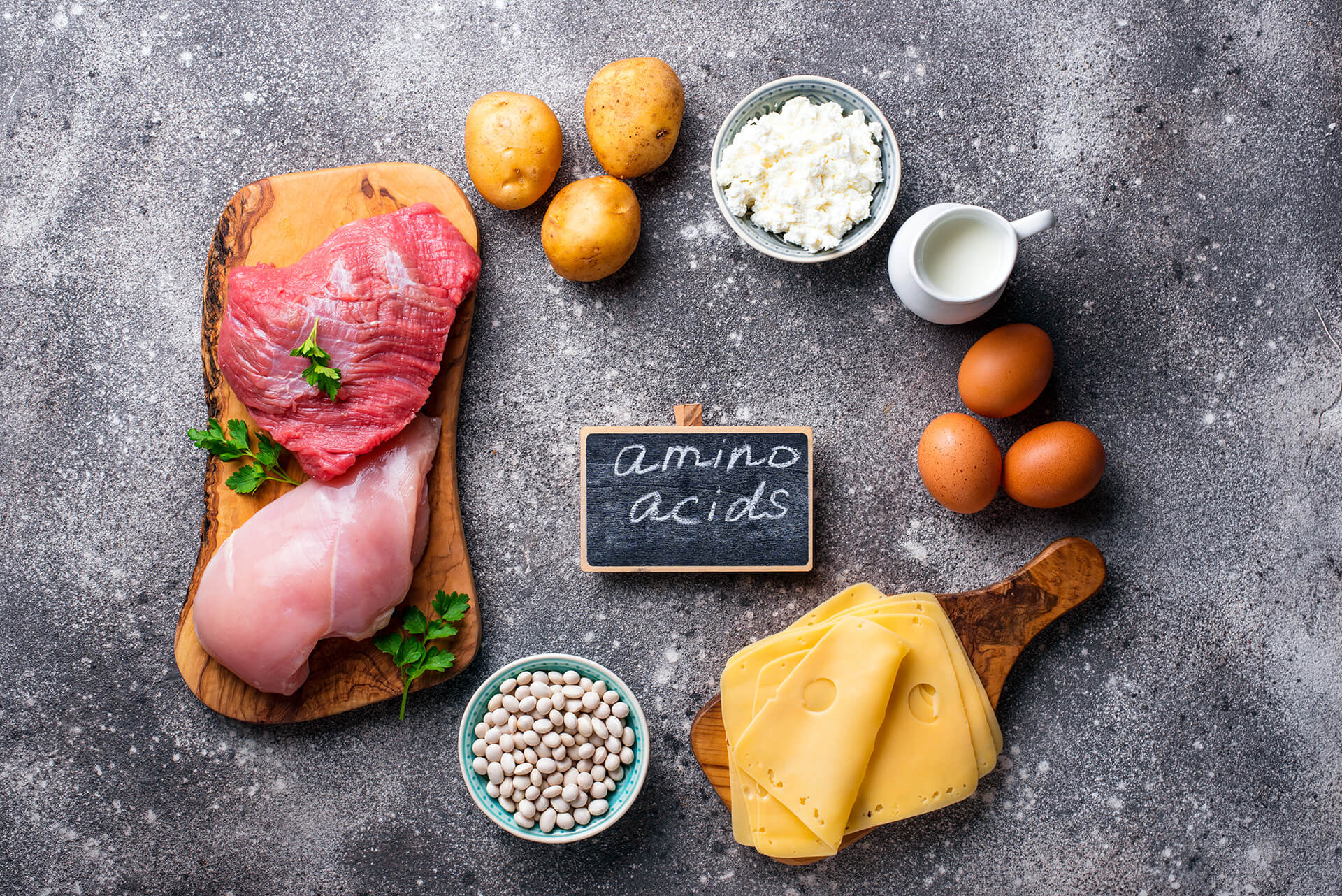 By Jennifer Ann Steinort10/06/2022All, Do it yourself, General, Nutrition
No Comments

Are you up for a trip into biochemistry? Today we’ll be looking at the citrate cycle and why it’s called the “hub of metabolism”.

One thing is certain, the citrate metabolism uses amino acids to provide your body with energy, and I’ll explain to you how that works.

What Are Amino Acids?

First of all, as always, let’s take a look at the basics. Let’s start with amino acids. Romanticists, as well as die-hard biochemists, call them the building blocks of life. No wonder, because they serve your body as a starting point for the production of proteins.

Proteins are an important source of energy for your organism. Every single cell in the human body depends on them.

The truth is, that nothing works without amino acids. Among other things, they support the health of teeth, hair, and nails. They play an important role for athletes in particular, as they help build muscle and enable regeneration.

In total, there are 21 amino acids that compose the proteins. The special thing is that your body can produce many of them itself. Many means – not all of them.

There are nine amino acids in the so-called essential form. This means that they are essential for life, but cannot be produced by the organism itself. Protein-containing foods provide a remedy. Eggs, milk, fish, and meat provide the essential amino acids.

Vegetarians and vegans can also obtain these valuable building blocks from their diet. Legumes are particularly suitable for this purpose.

Now you are certainly curious about which amino acids belong to the essential variety, right?

Good to know!
Taking in enough amino acids is not the only important thing. It is also important to have the right balance. Nutrition experts advise combining plant and animal protein sources with carbohydrates. For example, a good recommendation would be rice with beans and meat.

The metabolism is there to change substances. Sounds logical, right? But let’s face it, most of the time you tune out when this topic comes up. After all, experts often throw around unpronounceable terms. It sounds good, but in the end, almost no one understands anything anyway.

We’re doing things differently today. Let’s start from the beginning. The citrate metabolism always goes in circles and is therefore also called the citrate cycle or the hub of the metabolism.

Its main task is to convert carbohydrates, fat, and protein into energy.

However, following digestion, the nutrients cannot find direct access to the citrate metabolism. They are still too large and bulky. For this reason, your body first converts carbohydrates, fat, and protein into a common starting material: Acetyl-CoA. This plays a very special role. After all, it is the foundation for the entire citrate cycle.

However, amino acids are picky. Not all of them take the path via acetyl-CoA. Instead, they favor other intermediates to be part of the hub. Those that cannot be persuaded to appear in the form of intermediates such as acetyl-CoA or pyruvate in the future meet their end at this point. The amino acids are virtually completely degraded.

Good to know!
Certain amino acids are small contributors. Isoleucine, leucine, and tryptophan, for example, can be decomposed to acetyl-CoA.

Citrate Metabolism and Amino Acids – a Give and Take

There are various reaction steps the citrate cycle takes. I’ll spare you these here, as they are highly complex and not very flattering for memorable blog posts.

Just this much: citrate metabolism is not one of the selfish types. While it needs amino acids to provide energy, it also offers something in return.

It agrees to provide starting materials to make amino acids again. In order for your body to benefit from the amino acid aspartate, it needs the source substance oxaloacetate, and that’s exactly what it gets from citrate metabolism.

Good to know!
The energy provided by the citrate cycle is used by the body to produce ATP (adenosine triphosphate). This substance in return provides every cell in your organism with sufficient power in form of energy. 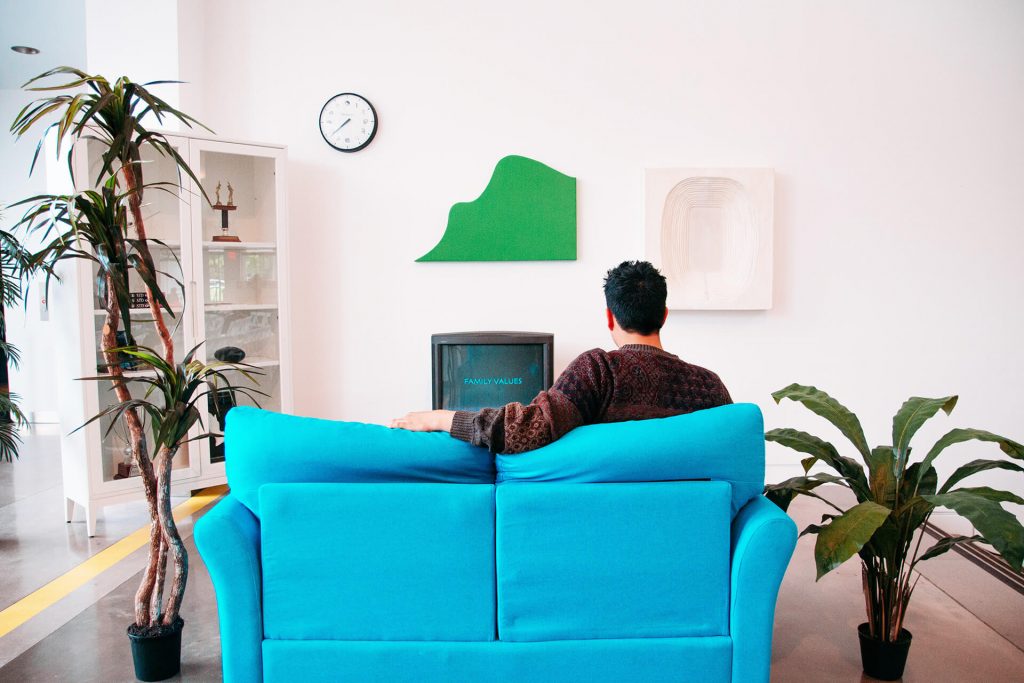 It’s high time to take a trip into the world of science. Did you know that your workout is also effective when you’re sitting on the sofa? The only condition is that you don’t stay there all the time.

Scientists have found that the metabolism of well-trained endurance athletes performs better even at rest than that of people who are more sluggish.

For this purpose, young long-distance runners and sofa heroes of the same age were put under the magnifying glass. The American scientists analyzed the chemical activity within the muscles.

They found that nutrient burning in the mitochondria (the cell’s power plants) was 54% higher. From this, the study authors drew the conclusion that well-trained people, even when sitting still, convert more food into energy.

Now you may be wondering how the researchers were able to determine this in the first place. This is where the citrate cycle comes into play again. The scientists took seven endurance athletes and eight people with a decent amount of sitting power.

A magnetic resonance imaging made the metabolic reactions visible. This way, the calves of the study participants provided values that allowed conclusions to be drawn about the citrate cycle and the molecule adenosine triphosphate (ATP).

Afterward, it was clear: athletes have a significantly higher turnover when it comes to the citrate cycle. But interestingly, this only referred to the cycle itself. The production of ATP was the same in both study groups.

Of course, there is an explanation for this. The researchers believe that during prolonged exercise, nutrient burning and the production of ATP go their separate ways.

Good to know!
Perhaps the separation of fat burning and energy production is actually the reason why you can counteract diabetes with exercise. Who knows, maybe this theory can be proven with further studies in the future.

Today we have learned that amino acids are important because they represent essential building blocks in citrate metabolism. So, if energy is supposed to come out at the end, it is necessary to ensure the supply. This is especially true for amino acids, which are of the most essential variety. As already mentioned, they cannot be produced by your body itself.

Therefore, our advice is to regularly consume protein-rich foods in order to supply your body with valuable amino acids. This way you make sure that your citrate metabolism is fed and therefore started. This is the only way to provide valuable energy for your everyday life and your training phases.

Good to know!
Certain amino acids are more important in your daily life than others. The amino acid tryptophan, for example, ensures a good mood and restful sleep. Leucine, on the other hand, is considered an amino acid for athletes. 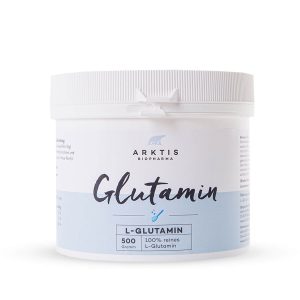 For athletes, glutamine is particularly interesting. It is one of the most important amino acids in your body. Especially if you do endurance sports or if you are very enthusiastic about fitness, you should make sure that you have a sufficient intake of glutamine.

This will benefit both your muscles and your performance. Glutamine is believed to help replenish the body’s glycogen stores. You could potentially help the regeneration process.

Arktis BioPharma has developed a product targeted at competitive athletes. The powder form makes it particularly easy to use. You can stir the product into a liquid of your choice and then drink it immediately.

It is important to us to provide nutritional supplements that do not burden the body. That’s why with our L-Glutamine you only benefit from the valuable amino acid. Additives or annoying admixtures are not included.

Psst: We would not be who we are if we did not have another secret tip for you. How about our ARKTIAMIN? Here you get not only eight essential amino acids, but also valuable B vitamins. Give it a try!