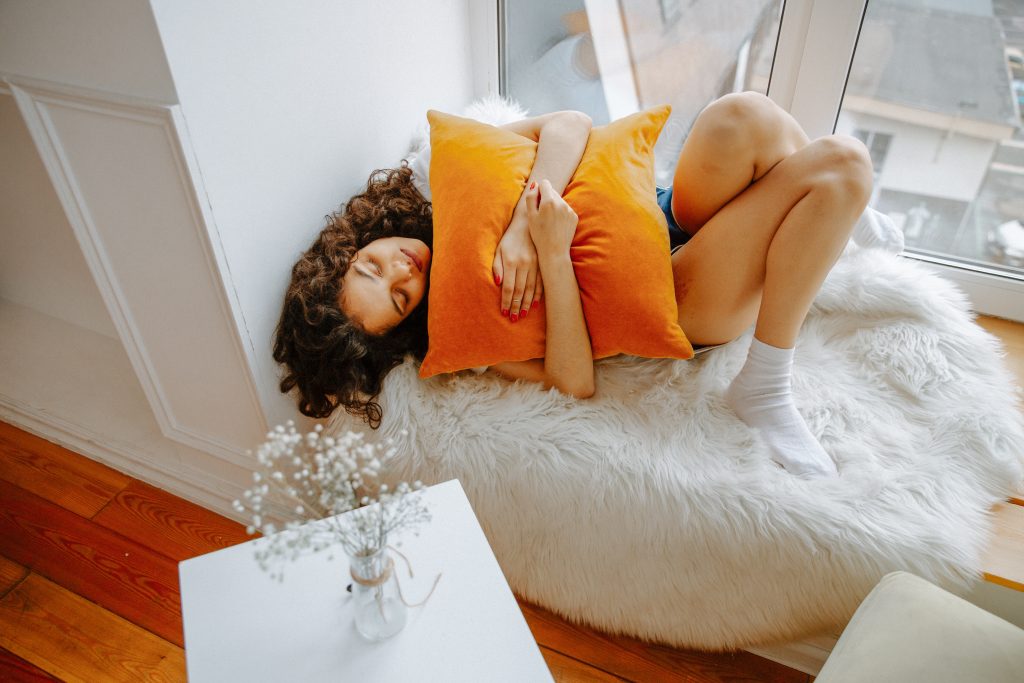 Every one of us has probably had problems with the intestines at some point. But with chronic inflammatory bowel disease (IBD), everything is different. The problem is not over after a few weeks but recurs again and again. A classic chronic course that brings those affected to their knees.

There is now new hope on the part of science. Apparently, selected intestinal bacteria play a previously unimagined role in the development of intestinal inflammation.

Today we want to dig deeper and not just scratch the surface. In doing so, we ask ourselves the question: What do probiotics really do for chronic inflammatory bowel diseases?

Before we dive into the world of science, let’s first look at terminology. Crohn’s disease and Ulcerative Colitis are often thrown into the same pot. Even though they have similarities, they are two different diseases.

Both are grouped under the umbrella term Inflammatory Bowel Disease.

These two chronic inflammatory bowel diseases are thus nasty fellows. The suffering experienced by those affected should not be underestimated. After all, the complaints can put a spanner in the works of activities that people have grown to love, and suddenly, meetings or long-planned activities have to be canceled.

Healthy Intestine: the Digestive Tract Is a Real Hive of Activity

If I asked you right now which part of your body is the most active, you would certainly have some ideas. You might think of the brain. There, nerve cells are connected by synapses and constantly exchange signals. If this were visible, you could observe a veritable sea of highlights in your head.

But you might also think of your heart first. It makes an impressive 95,000 beats a day for you. An incredible 2.6 billion heartbeats in total after about 75 years.

However, the intestine probably didn’t come to your mind. It is conspicuous. After all, this organ takes up the most space in your body. For a long time, the intestine lived a shadowy existence. After all, it only ensures that food is digested. Wrongly thought, because the intestine can even influence emotions.

How can it do that? First of all, we have to take a closer look at your organic constitution. Your digestive system and your brain are in constant communication. This is achieved through the so-called Vagus Nerve.

It is not without reason that the intestine is called the second brain. It is also made up of a large network of nerve cells.

For the curious: There are 100 million nerve cells that look exactly like those in the brain. Scientists have found that anxiety, autism, and depression are related to selected gut bacteria.

But that’s not all: the gut is the second brain and enables complex digestive processes. In addition, it is also the command center of your immune system. The vast majority of your immune cells find a home here. So the next time I ask you what’s really going on in your body, you will certainly think of your intestines. 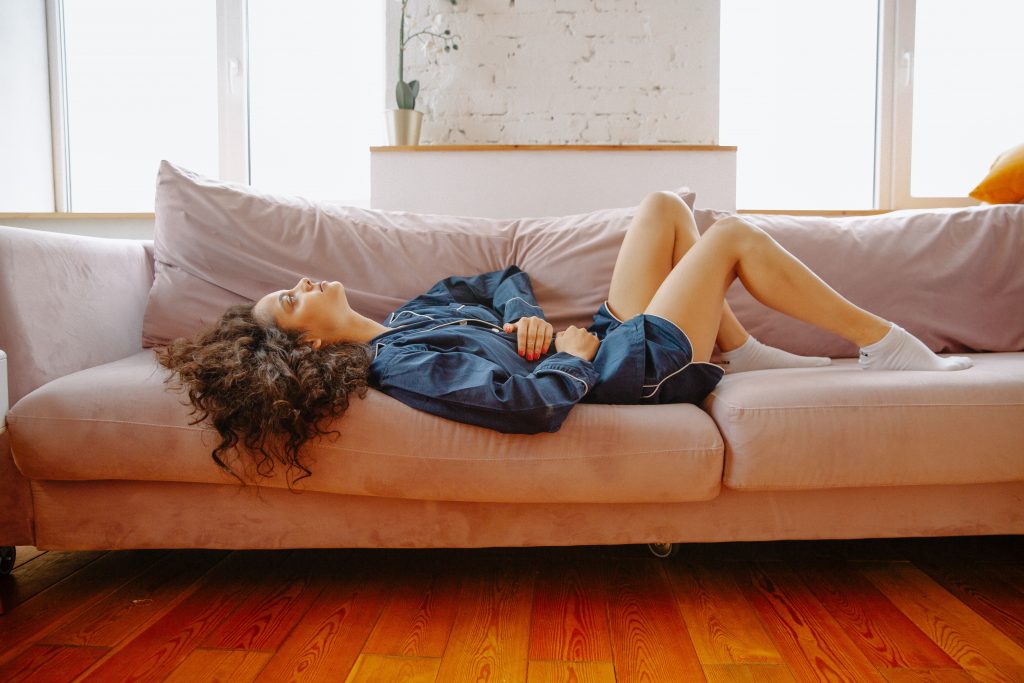 If you suffer from inflammatory bowel disease, the party is on, but not as you’d like. Inflammation spreads to different parts of your gut depending on whether you have Crohn’s Disease or Ulcerative Colitis.

This is also an underlying activity, but it is the one that leads to uncomfortable symptoms. Now we come to the question of what intestinal bacteria have to do with inflammatory bowel disease.

The microbiome in your digestive system plays an important role in your health. It is home to “good” and “bad” intestinal bacteria. Normally, the good bacteria have the upper hand and keep the bad ones in check.

However, the following could be observed in cases of chronic inflammatory bowel diseases:

Ulcerative Colitis: When There Is a Deficiency of Protective Intestinal Bacteria

It is still unclear whether alterations in the bacterial mix can promote chronic inflammatory bowel disease or whether they are more likely to be a consequence of the disease.

What is certain, however, is that in a healthy colon, selected bile microbes to play an important role. Let me introduce you to the Ruminococcus family. These tiny creatures are modified in your body to get in the way of inflammation of your intestinal lining. Interesting stuff, let’s explore this a little further.

Primary bile acids, like cholic acid, are made in your bile. They are then passed on to your intestines. Here, they help digest fats. Selected bacteria in your colon take care of these compounds.

In summary, this means that if you have too few bacteria that are responsible for the production of secondary bile acids, this can have a negative effect on intestinal inflammation.

So much for the theory. Now let’s look at the practice.

In studies, patients with Ulcerative Colitis were observed to be markedly deficient in two secondary bile acids: Deoxycholic Acid and Lithocholic Acid. Both substances are thought to have anti-inflammatory potential. In addition, bacteria belonging to the Ruminococcus family were found to be reduced.

However, it is precisely these bacteria that are important for producing the desired secondary bile acids. Therefore, it is suspected that intestinal bacteria and the associated metabolites are crucial for counteracting inflammation in the intestine.

Indeed, administration of both Deoxycholic Acid and Lithocholic Acid alleviated inflammatory responses and disease symptoms in mice. Chronic and acute intestinal inflammation had previously been produced in the animals in the laboratory.

The researchers deduce from the study results that treatment with selected bile acids could be helpful in chronic inflammatory bowel diseases such as Ulcerative Colitis and Crohn’s Disease. However, more studies need to be conducted before a clear recommendation for patients can be issued. Scientists are staying on the ball.

It’s little consolation for people suffering from inflammatory bowel disease. After all, the relapses can last for several weeks or even months.

Science is still in its infancy with regard to bile acids in IBD, but the same cannot be said for probiotics.

The World Health Organization (WHO) defines probiotics as living organisms that can have a health-promoting effect on the human body. The prerequisite is that they are provided in appropriate quantities.

Studies suggest that probiotics containing selected microorganisms may be useful in chronic inflammatory bowel diseases. On the one hand, to support treatment of acute intestinal inflammation, and, on the other hand, to reduce the probability of relapses.

German physician Alfred Nissle made a start. He succeeded in isolating a probiotic bacterial strain from a soldier in World War 1. He made the decision to select it quite deliberately. The soldier enjoyed excellent health, although his comrades around him suffered from diarrhea. Afterward, the probiotic was used to treat people with chronic intestinal inflammation – with success. The Nissle probiotic is still used today.

But there are more bacteria that can help gut health. In one study, Bifidobacteria and Lactobacillus acidophilus were convincing.

In the experimental model, milk was fermented with the bacteria and consumed by the study participants. This showed that after one year, only 27% of the milk drinkers had a relapse. The comparison group did not receive the special milk. Their relapse rate was 90 %.

Spice Up the Microbiome With Our Arktibiotic Select 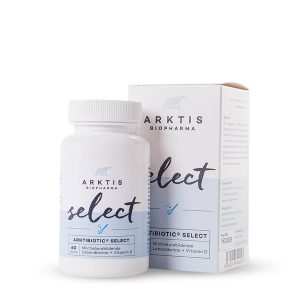 Our product ARKTIBIOTIC SELECT is composed of different microorganism cultures.

It also contains Vitamin D. The substance contributes to the normal function of the immune system.

For our products, we pay a lot of attention to high-quality raw materials and excellent manufacturing conditions. “Made in Europe” is our credo. Let us convince you of our products and our first-class service.