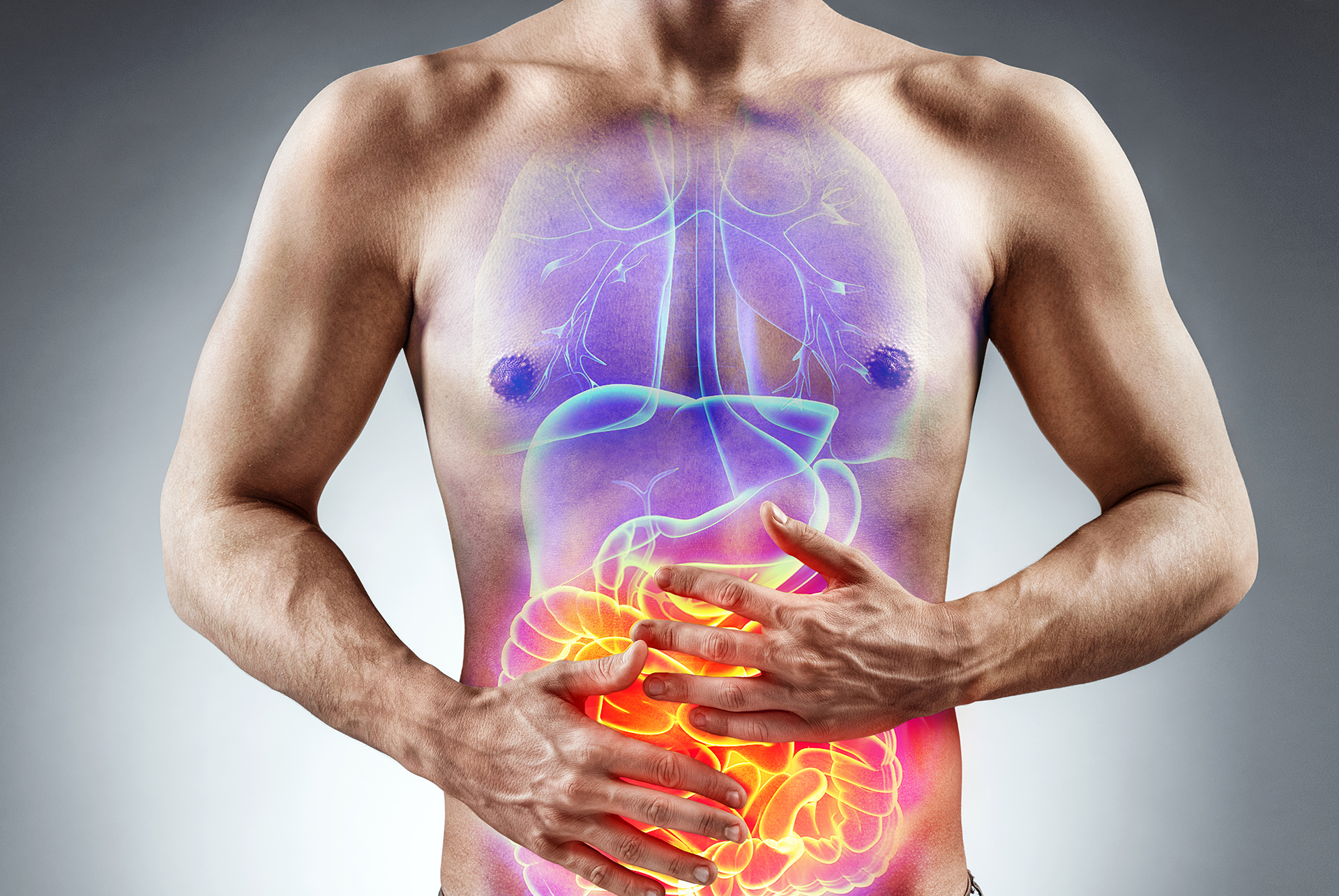 Irritable bowel is fussy and unreliable. Patients with irritable bowel syndrome have the feeling that their bowels are letting them down. After all, it always makes itself felt with abdominal pain, flatulence, diarrhea, and a feeling of pressure when things are not going well. The unpleasant complaints are often blamed on the psyche. But there are a number of other possible causes that can be blamed for irritable bowel syndrome.

Today we will look at some popular causes and some new scientific findings. I will show you that irritable bowel syndrome is by no means just an expression of a stressed soul.

No Explanation? Then It’s the Psyche!

Frequently, factors such as stress are mentioned when talking about irritable bowel syndrome. However, some patients resist this, after all, apart from the syndrome itself, hardly anything in their lives is perceived as stressful. There is no question that the body and the psyche form a unit, yet, this is not a one-way street.

For example, medical experts have observed that hypothyroidism causes symptoms similar to those types of depression. Did you know that even an infected tooth root can lead to psychological symptoms with the lack of drive and social withdrawals the result? This is not humbug and can be easily explained. If there is chronic inflammation in the body, certain messenger substances are released in the brain, and these, in turn, provide the typical feeling of being ill.

The patient suffering from some kind of illness usually makes the bed his favorite place. Actually, a good idea, because the body tries to support regeneration with a lot of rest. If the actual cause is not eliminated, the wrong diagnosis can be made. The irritable bowel is such a problem case, too. It is often put in a corner and so are its carriers.

For a long time, it was assumed that only nervousness, stress, and general strain trigger the annoying complaints. Today, there are a number of promising explanations. So a bowel can burden the psyche, but the other way around is not always the case.

Various causes are assumed with regard to irritable bowel syndrome. Most likely, specific triggers set off mechanisms in the gut that have a negative impact on health. Let’s take a look at the culprits that are suspected.

It would be too easy to blame everything on the psyche. Nevertheless, the connection between intestinal flora and the psyche cannot be minimized. It is a proven fact that bacterial colonization can be influenced by psychological components. There is a so-called gut-brain axis.

It is responsible for regulating the feeling of hunger and for appetite. Emotions and cognitive mechanisms also fall within the scope of the gut-brain axis. When these processes are disturbed, the digestive system can also suffer.

Particularly interesting: Scientific studies indicate that up to 60 % of all irritable bowel patients have to deal with mental illnesses. These include depression, stress, or anxiety.

Medical experts assume that gastrointestinal infections can foster irritable bowel syndrome. In this infectious disease, the mucous membranes in the stomach and small intestine are inflamed.

This, in turn, causes nausea, vomiting, and diarrhea. Inflammation appears to be of overriding importance in irritable bowel syndrome. More on this later.

Your intestines have their own rhythm. This rhythm is important in order to transport the food. An irritated intestine can get out of sync. The result is altered intestinal movements.

These, in turn, can lead to accelerated or slowed digestion. Add to this cramps in the abdomen and you have the trinity of irritable bowel syndrome.

Researchers have been able to observe that people with irritable bowel syndrome have an altered microcosm in their intestines. It appears that individual strains occur more frequently in patients affected with IBS, and, moreover, their diversity of bacteria may be restricted.

There are many causes that lead to an imbalance in the intestinal flora. Just a few examples are stress, antibiotics, and gastrointestinal infections.

I have promised you that we will go back to the initial theory that inflammation has something to do with irritable bowel syndrome. This is also supported by recent scientific research. This involved analyzing various individual studies. The evidence for small inflammations was provided by an increase in immune cells and a reduced content of special substances such as fatty acids.

As a result, the authors found evidence suggesting that small inflammations in the intestine and at the nervous level can trigger and aggravate irritable bowel syndrome. More and more physicians support this thesis and treat micro-inflammations with herbal medicines. Omega-3 fatty acids may also be useful.

The irritable bowel syndrome could also be genetically caused. It sounds strange, but there is an explanation that is quite plausible. Let’s take a closer look at the enzyme Sucrase Isomaltase as a possible candidate. It is produced in the microvilli. The humorous name stands for finger-shaped protrusions in your intestinal mucosa.

Sucrase Isomaltase plays an important role in your body because it is significantly involved in the digestion of carbohydrates. However, the substance may also be linked to irritable bowel syndrome.

Researchers suspect that a deficiency or weakened enzyme performance leads to irritable bowel. This explanation is supported by the fact that patients manage much better on a low-carbohydrate diet. When it comes to treating irritable bowel syndrome, genetics could be very helpful.

Imagine that your physician was able to detect a genetic peculiarity in you. In this way, individually tailored diets or other therapeutic approaches could be recommended for you. However, these therapies still have to be developed. But, as always, only those who know what the problem is can provide targeted treatment. 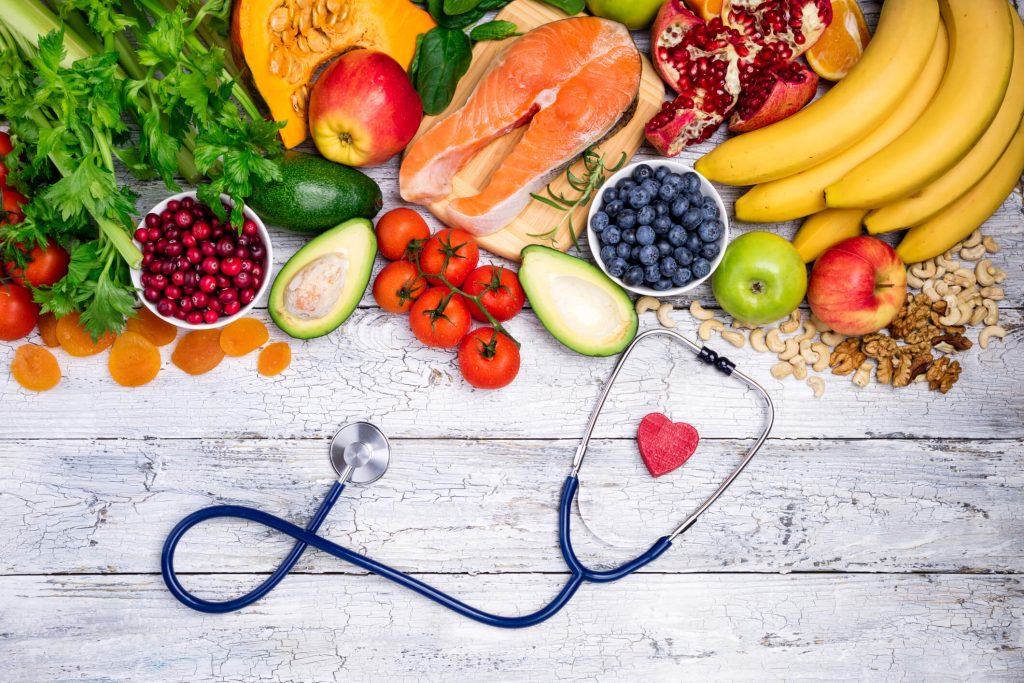 Irritable Bowel: Applying the Advantages of Medicine to Everyday Life

Now you have learned quite a bit about which culprits can be responsible for irritable bowel syndrome. At this point, the question arises as to what you can take with you into everyday life.

Since an irritable colon seems to have as many causes as a Medusa has snakes instead of hair, there are many starting points for you.

Regardless of whether stress is the trigger or the aggravator in your case, you should ensure that you relax sufficiently. After all, irritable bowel syndrome leads to stress potential in any case.

Explore your inner self (not only a must for all Star Wars fans) to feel when a time-out is urgently needed. It’s best to plan a fixed 30 minutes per week to carry out relaxation measures.

There are some foods that are not recommended if you have irritable bowel syndrome. These are all those that put the sensitive organs on alert.

Carbohydrates, in particular, are often avoided by patients to combat the annoying symptoms. Maybe that would be an option for you, too.

The cause is not necessarily always obvious. As mentioned earlier, micro-inflammations are suspected to trigger irritable bowel syndrome. You may even have Silent Inflammation in your body. It is draining you and your immune system. After all, your organism is busy fighting the small foci of inflammation.

As various micronutrients are important for the body’s own defense system, it sometimes makes a lot of sense to have your blood checked by your doctor. In this way, any existing deficiencies can be corrected.

Can Causes Be Covered With Dietary Supplements?

Some experts agree that well-chosen dietary supplements can help alleviate the symptoms of irritable bowel syndrome. Take Vitamin D for instance, it supports the immune system and thus can boost your well-being. Vitamin B is essential for the intestinal mucosa to renew itself after inflammation.

Omega-3 fatty acids have been shown to reduce inflammation in the body. Micronutrient medicine is therefore not to be sneezed at. We’d like to introduce you to a very special kind of team below.

Good to know: Dietary supplements must not be provided with promises of either healing or efficacy. In addition, they are not a substitute for a diverse diet.

The two frequently cause confusion. Often they are even lumped together. However, they are not synonyms, but helpers that complement each other perfectly.

To clarify: Probiotics contain living microorganisms, such as lactic acid bacteria, which are considered important for intestinal health. Prebiotics, on the other hand, provides “food” for microorganisms to thrive.

The ARKTIBIOTIC COMPENS contains 9 reproducible bacterial cultures that bring your intestines up-to-date. On top of that, there is an extra load of folic acid and Vitamin B12.

The powder is convenient to use, just stir it into water or juice. It’s best to drink it before bedtime. In this way, you will facilitate the passage of the product through your stomach.

Both you and your intestinal bacteria are hungry. No wonder, because they are working around the clock to make your immune system strong.

You should reward this with the right food. Selected dietary fibers can satisfy your appetite. We recommend our ACACIA FIBERS as a prebiotic. The powder is simply stirred into drinks or food and can help your bacteria.