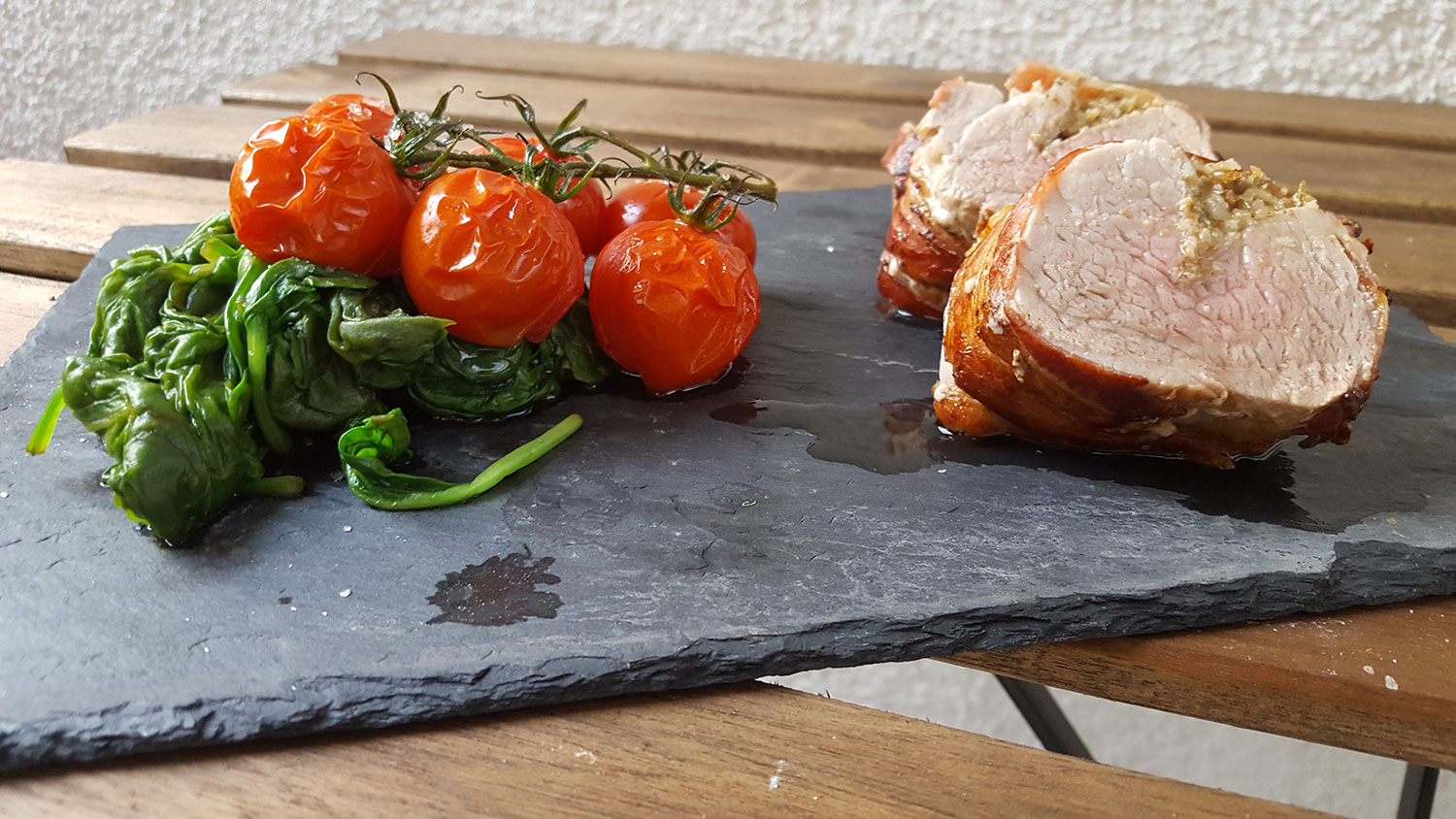 Originally I was looking for a diet that would help me change my diet in such a way that I would also have fun with the diet without having to count points, a consistent clear concept.

After my pants gradually became too tight and I generally did not want to see a “9” on the scale at the beginning, I made the decision to do something about it.

First of all, I would like to introduce myself. My name is Julien Dierks, I am 28 years old and have been working in sales for Arktis BioPharma in Wickede since July 2016. We are experts in Probiotic products, Vitamins, Colostrum, Micronutrients, and Amino Acids.

My two colleagues Max and Christian were at the Paleo Convention in Berlin to present two of our products, Omega-3 fish oil, and Vitamin D3 2000 i.E.

Paleo meant nothing to me at first, but I had heard of it before. Then I found sufficient explanation over the Internet address of Paul & Leon.

In principle, it’s called nature versus industry. For me, this means lots of meat, fish, vegetables, and fruit. As I absolutely love eating meat, I was immediately convinced.

But the waiver list was tough, no sugar, no cereals, no potatoes, rice or pasta, and dairy products. Nevertheless, for me, it was clear what I could and could not eat.

The result I want for my body I’ll formulate casually: To make my cushions, which are extended and maintained again and again by sugary food, smaller. Enough of the theory. 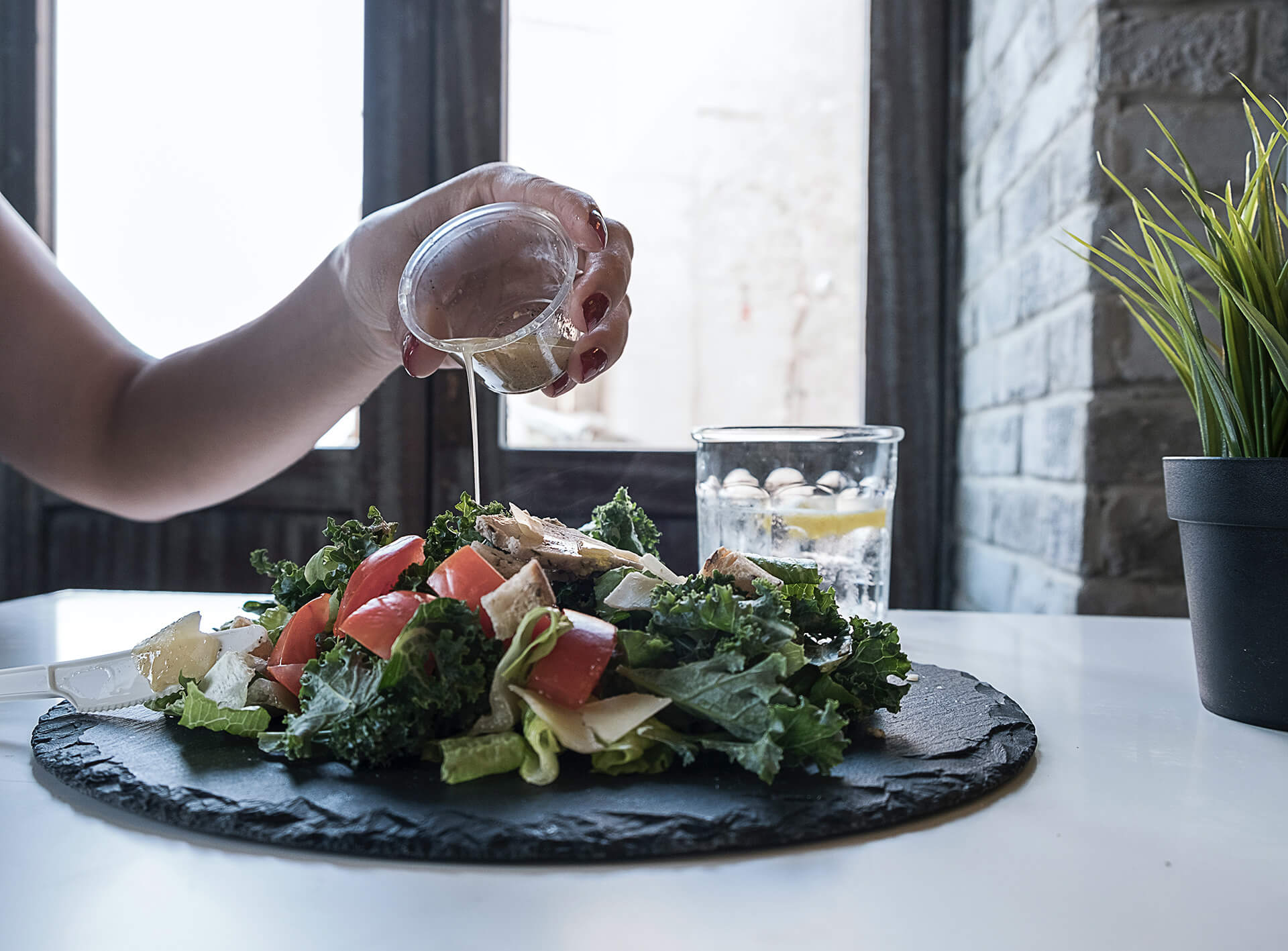 From seller to customer

When I was shopping, I quickly realized that fresh food is not always a bargain, especially fish. However, Omega-3 fatty acids are of great importance here, so I supplemented them, by taking a scoop of Omega-3 fish oil every day.

Since I’m based here in the Arktis at the source, this was no problem for me. For one thing, I’m guaranteed a supply and for another, I’ve saved some money in the long run.

Furthermore, Vitamin D supplementation is also recommended, so when my two colleagues offered me these two nutrients at the convention in Berlin, the circle was closed for me. With that, I turned myself from a salesman into a customer and test object.

I sorted out at home thus diligently and bought myself, as supporting reading material apart from the online prescriptions, the book “Paleo – the stone age Diet: Healthy decrease and naturally live – over 100 tasty and fast prescriptions of Keris Marsden”.

I’ve also read and informed myself in advance about possible side effects, such as headaches, and fatigue due to the change in diet.

In the beginning, I was spared headaches, but I quickly noticed how addicted my body, or rather my brain, is to sugar. I constantly wanted to drink at least something sweet or, especially in the summer, to eat ice cream almost every day. But I wanted to stay steadfast.

Therefore, I drink to counteract the meanwhile daily 3 to sometimes almost 5 liters of water. Between meals, I also often got a bad mood because of hunger.

The meals themselves are really great and even if you buy some unusual things like coconut oil, it’s relatively easy to prepare, and the number of ingredients is manageable.

If I compare the cookbook with my usual, such as those of Jamie Oliver, everything is easy to get and is needed in the most diverse recipes again.

Funnily enough, I start the routine once in the evening. I go to bed around 11 pm, because to “live” according to Paleo, you should sleep at least 7 hours, the first measure against stress.

My alarm clock usually goes off at 7:15, then I get ready as usual. The food is already cooked the night before or I take a leftover because I’ve been stockpiling.

For breakfast, I’ll usually take various berries, a nectarine, walnuts, and a fig.

At 12:30 I have my lunch and try to control my eating speed so that my feeling of fullness lasts longer.

Until closing time at 17:00, I drink at least one more bottle of water to counteract my hunger for ice cream.

After work, I do the housework, and the cooking depending on the time left. There is no meal before the soccer training since I only eat after the physical effort.

However, I eat a banana and cheat with dark Schoki (at least 72% cocoa) otherwise I would’ve fallen over at the beginning of the training.

After the training, I take again a 1.5l bottle of water. The training starts at 19:30 and ends around 21:00. Afterward, there was usually a beer.

Those who have been able to follow me so far, or who have added up the previous volume of water, can guess that here the bottle of water is emptied without hops and malt.

Afterward, I take a shower, drive the car back home and prepare food for the upcoming day.

Success drives away the worries

Although the change has affected my everyday life and daily routine, it really caused me to have doubts.

In the beginning, there was a lack of energy during training, bad mood swings in between meals, not having any beer or ice cream, spending more money on shopping, and so on.

But after 15 days, which is actually half-time of my actually planned 30-day challenge, I can list the following successes: No feeling of bloating after eating, increased energy during sports, in short – I simply feel I am in good physical shape.

Meanwhile, I lost almost 5 kg of weight and fit into all my clothes without any problems. Now my goal is no longer to get through the 30 days but to get to just under 80 kg with a height of 1.83m.

After this, the Paleo diet is not the end for me, and I want to keep the concept, however, with in-between resort to “evil” stimulants, such as curry sausage fries or kebab.

One day without Paleo Diet

In between, I “had” to deviate from the Paleo basics for a day. It was for the hit event “Dortmund Olé”.

We met with 12 people in my garden, and for breakfast, we had bread rolls and beer.

At the festival itself, I’ve had curry sausage, french fries, mayonnaise, and more beer – wonderful!

I could never do without this throughout, but I appreciated it more, after all, I had been looking forward to the bread rolls for a week!!!

TO THE 2. PART OF MY CHALLENGE